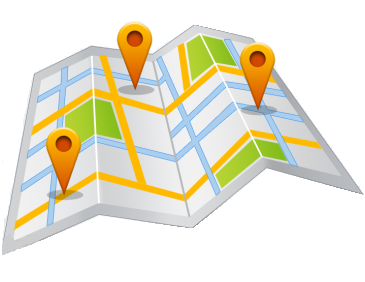 Where to Recycle my Electronics in Kitchener 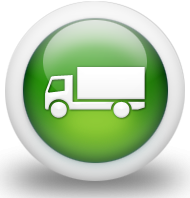 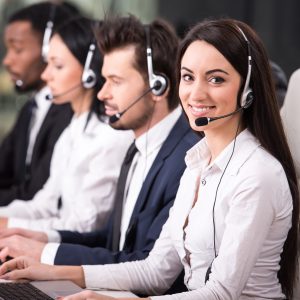 Computer & Electronic for Disposal in Kitchener ?

HOW TO SOLVE THE PROBLEM OF ELECTRONIC WASTE IN ONTARIO

Convenient and free pick-up of all kinds of electronic waste anywhere in Ontario.

The amount of electronic waste across Canada has tripled in just 4 years, according to a study conducted by Statistics Canada.

In 2012, Canadian consumers produced an incredible 14.3 million tons of waste.  During this period, some 4.7 million tons of waste was diverted because of increasing options to redirect waste.  In an age when newer and better technology develops at a rapid pace, e-waste is one of the biggest contributors.

The ease by which consumers and industries purchase and dispose of their electronic hardware has reached catastrophic proportions.

Recycling programs managed by the Electronics Products Recycling Association (EPRA) in the last few years have been increasing.  There is a 60% increase in electronics being collected for recycling as a result of a higher level of awareness among Canadians together with recycling programs being introduced throughout the country.  One of the leading recycling programs in Ontario and Quebec is Computer Recycling Canada which provides recycling services to consumers and businesses.

For instance, the television industry contributes significantly to e-waste as consumers continue to upgrade.  Televisions are among the most commonly reported electronic materials discarded.  In fact, 98% of households in Canada report possessing at least one television unit, some even 2 or 3.

WHY SHOULD YOU BE CONCERNED ABOUT THE PROPER DISPOSAL OF YOUR E-WASTE?

Computers and mobile phones in developed countries have an average life span of 18 months to 2 years.  Although we benefit a lot from improved technology, it also comes with a huge cost.

Electronic equipment has toxic substances like barium, mercury, and cadmium. High levels of exposure to these substances are proven to have adverse effects on health and wildlife.

With thousands of tons of lead in televisions and PCs that are thrown out in Canada every year, they could pose serious risks if they are not responsibly handled.  They could end up in landfills or sent to developing countries that are not equipped to handle substances of concern.

Electronic equipment thrown out with garbage will go to landfills where they can cause pollution to waterways.  Due to their substances of concern such as mercury, cadmium, and lead, it is incumbent on all of us to stop e-waste from causing health hazards or toxic pollutants.

International agreements ban the import and export of hazardous waste to non-OECD and non-EU countries but they continue to reach harbors of India, China, and Kenya.  The truth is that 50% of e-waste from the United States and Canada every year go to backyard, non-regulated recycling operations in the above-mentioned countries.

With growing consumer awareness of the problem and compliance of businesses in waste management, we can change that.

WHAT IS E-WASTE – TYPES AND ITS HAZARDS

About 41 million tons of electronics are tossed out every year around the world.  With this alarming amount of toxic waste, it is a huge challenge to deal with it and minimize its harmful effects.

But not a lot of people think of the garbage they throw away, where they go, or its consequences.

HARMING THE ENVIRONMENT AND HUMAN HEALTH

The United Nations Environment Program (UNEP) reported that almost 90% of e-waste is traded and illegally dumped.  Many developing countries don’t have protocols or laws on the issue and this has resulted in a black market for the industry.  Many illegal traffickers dispose of e-waste in developing countries, increasing risks to our planet and the human race.

Our electronic waste pollutes drinking water and harms ecosystems all over the globe.  Billions of cell phones manufactured for consumers are packed with toxic chemicals including lead, arsenic, and polybrominated flame retardants.

THE E-WASTE SITUATION IN CANADA – WHAT WE MUST DO?

Canadian households produce an unbelievable 14.3 million tons of waste in 2012.  The good news is that options for redirecting waste have increased.

In addition, many stewards and private companies assist with the federal and municipal recycling initiatives to the proper disposal of e-waste.

On the average, a consumer in Canada may keep a cellular phone for 18 months.  This trend is also true for televisions with consumers acquiring bigger, newer, and flatter models every year.

As the world’s population continues to grow, consumerism and urbanization follows, and consequently, the volume of waste we produce.

So what is the best thing to do with old televisions once higher definition, newer, and flatter TVs are purchased?

You can donate them or give them away.  Or you could do the most responsible and smart thing – drop them off at locations across Ontario and Quebec (Staples, Best Buys, and eco-centers).  This will ensure they don’t end up in landfills.

Everyone has e-waste in the closet. From dusty DVD players, old telephones, TVs, microwave ovens, printers, and stereos long forgotten and left to rot.

Going beyond televisions, there are many other electronic equipment we continually upgrade which further creates e-waste.

In 2011, it was estimated that almost 75% of households have at least one computer.  Households with 2 or more computers have increased by 68%.

As of 2013, around 3.4 million households in Canada reported they had a computer they had no use for.  From these numbers, half of Canadian households drop their equipment off at waste depots but a huge percentage still throw them out with their garbage.

Because of lightning fast development of technology, cellular phones surpass even televisions.  Manufacturers of these high tech gadgets release newer and better models each year, enticing consumers to upgrade their phones whether they need to or not.  According to the Organization for Economic Cooperation and Development (OECD), people replace their cellular phones every 18 months.

Maybe due to concerns about privacy, around 1.27 million households continue to store old cellular phones, computers, and other electronic devices at home.

And while the EPRA concedes that there have been significant achievements in the proper recycling on e-waste, there is still more out there.

How should you dispose of unwanted cellular phones?

Recycling electronics has become increasingly important.  People need to manage end of life electronics because they contain valuable materials and other resources that can be recovered and reused.  When discarded irresponsibly, cellular phones can harm the environment, too.

Instead of tossing your phones in the garbage bin, it would be better to return them to the manufacturer or drop them off at waste centers.  If you have other electronics sitting in storage, such as at least 5 PCs, monitors, and TVs, you can even schedule a free pick of your unwanted equipment. With 9 locations throughout Ontario and Quebec, we can service your area for your utmost convenience.

Private recycling companies focus on sorting out reusable or resalable components so that we can save on resources and energy.  These include computers, peripherals, and monitors that can be repaired and refurbished and sold to third parties.

For instance, circuit boards that possess small amounts of gold, silver, and copper cam be brought to refineries.  Hard drives with toxic materials and other components that can no longer be repaired are sent to processors who are trained to handle the harmful content.

SOLUTIONS TO RESIDENTIAL AND COMMERCIAL E-WASTE

It is ridiculously easy to get rid of your unwanted electronics with E-waste Recycling locations in Ottawa, Brampton and Hamilton. You will free-up your space, get rid of unwanted junk, at no cost whatsoever.

There are a number of private recycling services as well as other OES approved programs in the province. When you drop off items at Best Buy and Staples, some stores may not be able to take all your items (large TVs must be brought to eco-centers and not stores).

For many consumers, bringing their old electronic items to waste depots is a problem due to lack of transport, lack of time, or problems with loading and unloading their items.

We have made it very simple to get rid of your e-waste altogether.  By just filling out our online collection request form, we will pick-up your electronic items free of charge.  To qualify for free pick-up, you only need to have at least 5 PCs with laptops, printers, LCDs, and monitors.  If you have copier machines for pick-up, you must have 10 PCs for every copier machine.